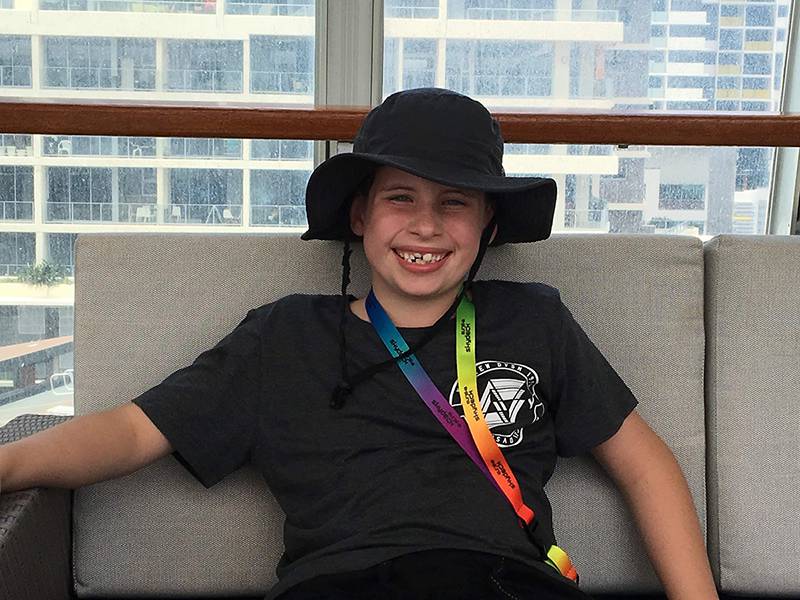 Motherhood is tough. It hasn’t been easy for me. The caring, nurturing, looking after has been a breeze, it was becoming a mother that was difficult. Having suffered from endometriosis, I knew that becoming pregnant would be potentially difficult.

I fell pregnant after 2 rounds of artificial insemination & both Paul & I were ecstatic. At our 19 weeks scan it was discovered that I had an incompetent cervix. An emergency stitch was placed & I was sent home from hospital on strict bedrest. Our beautiful Eloise Mary was born too soon on Christmas morning 2007.

During my second pregnancy I was monitored very closely. A stitch was placed at 12 weeks, again I was on strict bedrest from 19 weeks, this time in hospital. Luke Peter was born at 25 weeks. He spent 72 days in the Neonatal Intensive Care Unit & Special Care Unit. Fortunately, he has no issues usually associated with extreme prematurity.

Before Daniel’s pregnancy, I had an abdominal stitch placed. It was my chance to have a “normal” pregnancy. Apart from anxiety, it was textbook. I was disappointed that he did need to spend a few hours in special care, he was having a bit of trouble breathing, but I knew that many c-section babies require this, so I wasn’t concerned.

Feeding became an issue, I thought being able to exclusively breast feed a prem baby, a term baby would be a breeze. He struggled to latch, at the time we thought it was due to a tongue tie, but having researched 48 XXXY, hypotonia & dysarthria since his diagnosis, I have discovered it was more complicated than that. Daniel was far happier with a bottle, it was easier for him. He didn’t have to work hard to get a feed.

Daniel was happy, content & placid baby, nothing phased him. He met all his early milestones just within normal range. He didn’t walk until he was 18 months, but why would you if only had to raise your arms, grunt & either Mum, Dad or your 2 teenage (half) brothers would pick you up.

Daniel’s speech was really the first red flag. I knew from having Luke, early intervention was key, so we started speech therapy when he was 2. It was a disaster, he hated it. About a year before he started prep, Daniel was still unable to talk so Paul & I decided that we need to start from scratch & made an appointment with our wonderful paediatrician, Tony Prado.

By just watching Daniel walk into his office, Dr Prado, diagnosed him with hypotonia. He managed to get Daniel to say something, at that stage he wouldn’t speak to strangers, & diagnosed dysarthria. He ordered an MRI to rule out cerebral palsy, this came back clear. I could see in Dr Prado’s face

that he knew there was something more but didn’t know what it was. That’s when he ordered a full genetic screen & Daniel was diagnosed with 48 XXXY.

Daniel is about to start Yr3. With the help of a wonderful team of medical & allied health professionals, including a brilliant OT, physio, speech therapist (3rd time lucky), Daniel is successfully navigating mainstream primary school. His school has been incredibly supportive, working around his numerous appointments, making sure that he can access the curriculum & other school activities and collaborating with his allied health team. His teachers & aids love him & he has made some wonderful friends. Things are going to get harder but with the support mechanisms we have in place, I’m hoping that it won’t be too traumatic.