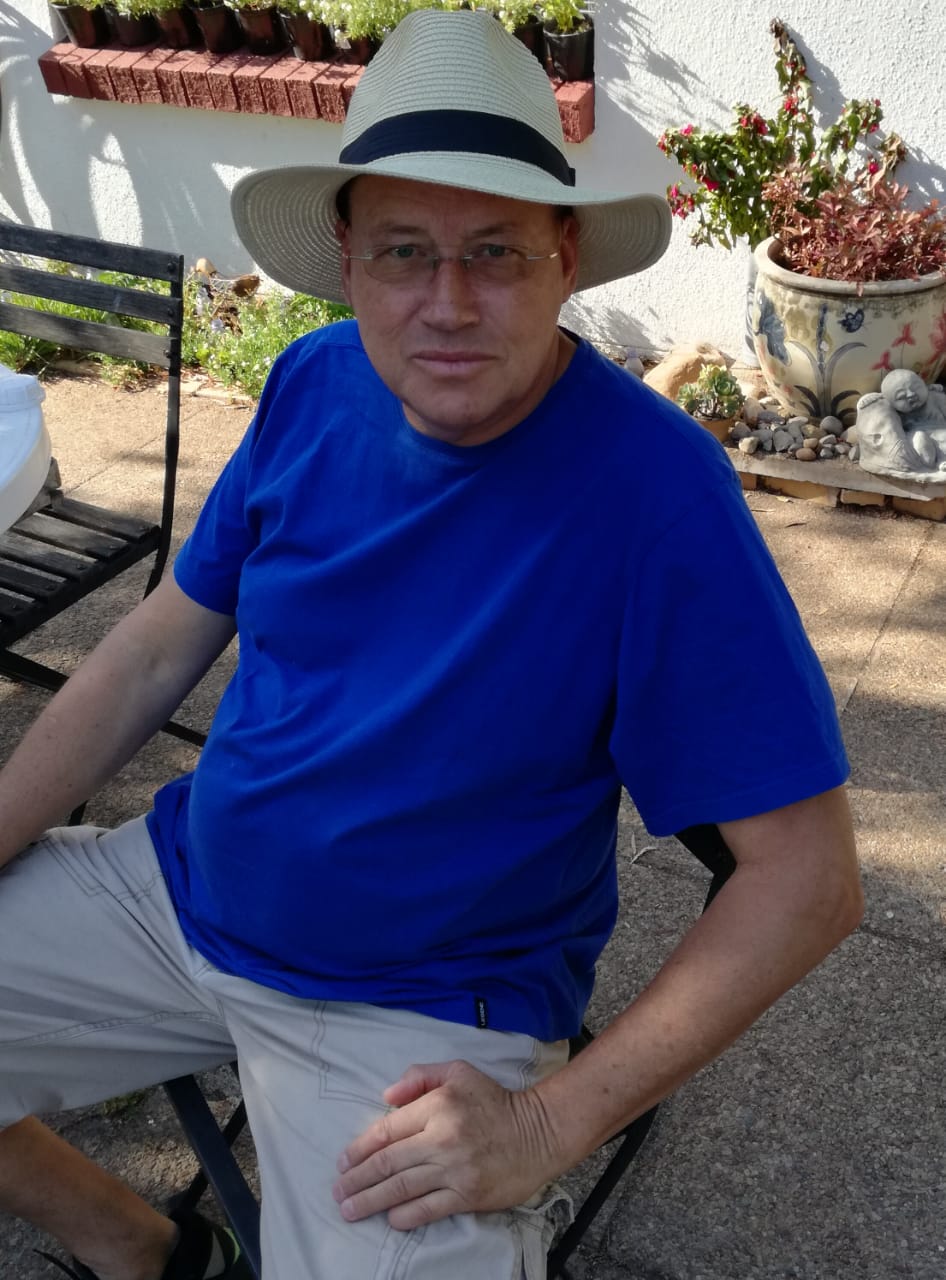 I was the third child in my family, my brother 5 years older and my sister 18 months older. My mother was a qualified nurse, my dad, however, deteriorated with a mental illness which plagued him until he died.

Consequently, my mother was left to support us financially and had little time for the romance of motherhood. ours was a continual struggle and money was always an issue. but having had two older children, my mother always sensed there was something amiss with me and she embarked on a diagnostic odyssey until eventually, we found a GP who worked out what the problem was. I was 17, yet I had not entered puberty and I looked like I was about 12. A few months later I began a course of testosterone. the year was 1974. I had left school as I struggled there too. As a South African white male of age 17, I was drafted into the airforce. When I got there full of fear I was examined and promptly exempted. There was no mention of the reason, nor questions about why I was so small. They just thankfully said they would not be needing me. The testosterone treatment continued for about a year until I reached a height of about 1.86 m.

I began an apprenticeship as a machine minder in the printing industry, which I hated, but completed successfully. I worked my way up in the industry eventually opening my own print brokerage where I enjoyed a lot of success.

I was living in Johannesburg. This city has its drawbacks and I found myself in danger too many times, I was hijacked, robbed and caught in the crossfire in a heist. I made up my mind to get out of town. Emigration was on the cards, my then partner and I were looking at Australasia. We were not able to get away because my partner had a child from a previous relationship whose father would not allow him to leave.

We Semi grated to Cape town which at the time was a bit less dangerous than Johannesburg. I was 37.

I looked for a GP who I visited when I had a head cold. she was pretty on the ball and when I informed her of my KS she said Whoa! you need to go for a bone density test. It was discovered I had the bone density of a 75-year-old man.

I was referred to an endocrinologist who put me onto testosterone again and I began to take mega doses of calcium and magnesium with boron. I have halted and reversed the progression of the osteoporosis. As a consequence of taking testosterone, my relationship floundered and we eventually split. I have had many relationships with some lovely women, but so often the break has been my inability to father children. This has been the greatest heartbreak of my life too.

My life path changed and I studied various alternative health modalities. I travelled overseas and a friend encouraged me to write my life story in a book. , It was cathartic but it was a very difficult and sometimes painful journey.   I was lucky enough to have the book published.

As a man who has struggled with this KS all my life,  I have felt compelled to help build some awareness of the syndrome and thereby help others who battle and have no idea what ails them.  My current partner and I have started an NPO ( not for profit organization) to this end. We are making slow progress. Funding is always an issue and there are so many issues in South Africa that need dealing with.

2 Responses to :
Living with my X