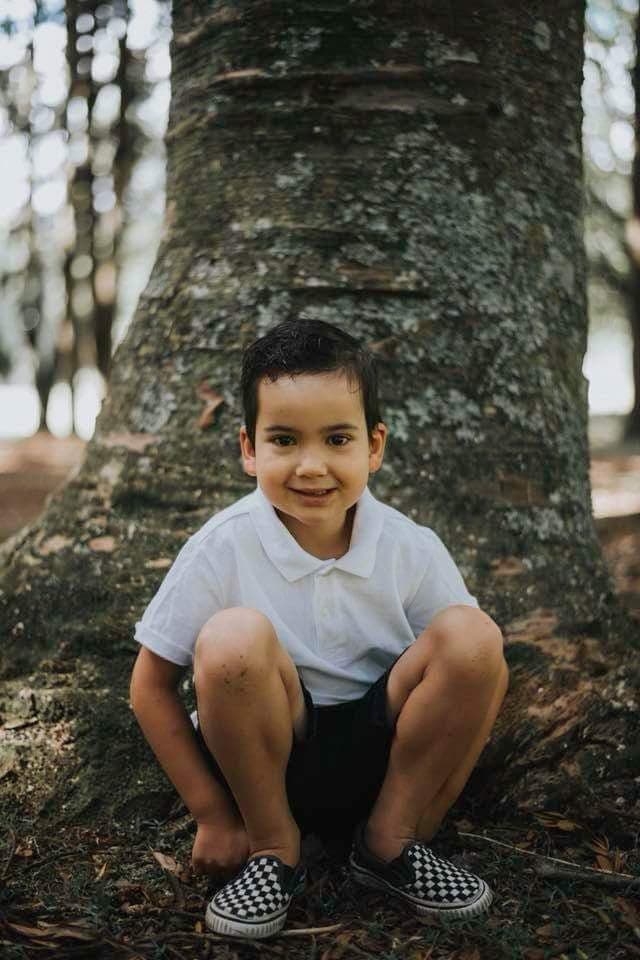 I am writing this from a mothers perspective if that is ok. Noah is aged 5.

When Noah was 2 weeks old we nearly lost him. His tiny wee body was starting to shut down. He was exhausted, and as I held his wee hand, I prayed and begged for him to hold on. We took Noah into hospital in the morning as we thought he had some sort of bug, or severe reflux. He was starting to vomit up his feeds, and was sleepy. All the time. We never knew that the morning would be the start of our long journey ahead. When we got to hospital; the nurse checked out Noah’s heart rate and just like that, our wee boy was whisked away from us and rushed straight into resus. All of a sudden there were what felt like hundreds of doctors and nurses surrounding my son. Tubes, needles, machines, you could feel the panic in the air. Noah’s organs were enlarged and starting to shut down. I wasn’t ready to say goodbye, and thankfully, neither was he. After a week long stay in hospital with approx. 50 blood tests behind us, we got the diagnosis that Noah has SVT. His heart rate gets up to 300bpm. Armed with medicine that he needed twice a day, a stethoscope and CPR training we were sent home. We thought this was the end to his story but we were wrong.

About a month later we saw the cardiologist for a check up and were told one of Noah’s tests came back that he is also 47xxy. I asked what that meant and he said it was to do with chromosomes but that wasn’t his field so he referred us to a geneticist who would be able to answer our questions. Of course this meant I went on Google and spent hours every day, reading everything I could about what 47xxy meant. It was not nice reading at all. I read stories of men who wish they had been aborted, of men who struggled their whole lives, who always felt like outsiders and that there was something ‘wrong’ with them but they didn’t know what. I read that my son would have learning difficulties, that he may have adhd or autism, that he will develop breasts, that he will be socially awkward and misunderstood, and the worst part..that he would never be a dad. I remember looking at my beautiful baby and crying. The guilt I had was so heavy. What had I done wrong as a mother to cause this on him? Would he grow up to hate me? To wish he was dead? I spent months and months on the internet. It consumed me. I had so much shame. Not of my beautiful boy, but of myself. This must have been my fault. I found a Facebook page for xxy variations and added myself to that. A beautiful soul messaged me from that page and I will never forget her kind words. She basically told me I cant beat myself up over this. That ANY child can be born and be chromosomally ‘normal’ yet still have struggles. Many people these days struggle with infertility. But modern medicine is improving all the time. These men who felt bitter were like that because back when they were diagnosed they didn’t have the help we now have. She also shared stories about her son, and told me how well he was doing. This was the sort of story I needed. I decided to stop sulking around and to cherish my little Noah. To be thankful for the unique but special gift he is. I stopped looking at him as his diagnosis and instead saw him as ‘Noah’…fearfully and wonderfully made.

Noah is now 5, he’s at school. He has made friends, and even has a best friend who he adores. He is so kind, loving, extremely cheeky, stubborn, bossy (I blame this on the fact he’s a sibling of three and is the youngest haha), has a love of reading, an inquisitive mind and is just an all over sweetheart. He met all his milestones on time. He has not needed any intervention. He talks, non stop. I don’t even look at him and think of him being different. He is who he is. He is loved, by so many. I am so thankful for his life, thankful for modern medicine, thankful for amazing men he can look up to in life like Ryan and Sam, thankful for my family who don’t treat him any differently, but most of all just thankful for him. For the joy he brings into my life. For the cuddles, for the kisses, for the laughter.

If you are a mum reading this, and maybe you have just been told about your son being xxy, I just want to show you that life isn’t that bad after a diagnosis. There is hope. Don’t jump onto Google and waste all that time researching like I did. Simply take each day as it comes, and know that you are never alone.

One Response to :
Noah’s journey with XXY